All of us have basic needs.

Some of these needs require energy. To study, to work, to play we may require light, power or heat.

For many people worldwide their basic energy needs are not being met. In other words they don’t have enough light to study after sunset, enough power to be connected to the internet, or enough heat to cook.

In countries like Malawi, for example, about a quarter of the population only eat 2 meals a day or less due to lack of food and fuel. The technical expression for this idea used by the World Bank[1] and UN[2] is suppressed demand, where people’s basic needs are not being met.

At Hestian, through the people and organisations we work with on the ground, we reach many such people, the 1 in 4 if you like, who are sometimes called the ‘bottom of the pyramid’.

We became the first carbon financed cook stove promoter worldwide to successfully apply a method for considering such people and how their needs are not being met in the situation at the beginning of our project (baseline scenario), which was formerly recognized and verified by the Gold Standard Foundation.

The concept of ‘suppressed demand’ takes into account that per-capita greenhouse gas emissions would be much higher if the ‘bottom of the pyramid’ had better access to energy and goods. [3]

So as we calculate the firewood (and emission) savings from moving from an inefficient three stone fire to an improved cook stove, we compare the baseline and project scenarios (the situation after the project is implemented). When suppressed demand is factored in, the baseline takes into account how much emissions would be or will be once the village gets wealthier or gets access to other technologies or energy sources. 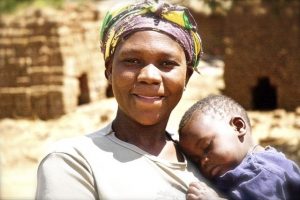 “In the past I would eat cassava from my garden raw because I did not have enough wood for cooking. Because the Chitetezo Mbaula (improved cook stove) saves wood, I can now cook my cassavas. It is nicer and easier to eat when cooked, and my children can now eat it because it is soft.” 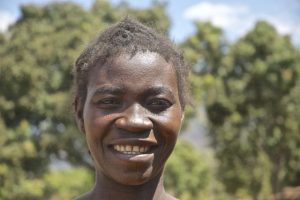 “My body and my family are healthier. I was cooking twice per day, at lunch and dinner. Now I use less firewood (so) I can cook in the morning and sometimes make a snack between meals.”

So when we compare the firewood consumption before and after the introduction of an improved cook stove we need to take into account if people’s basic needs were being met in the ‘pre-project scenario’ or not. When we do, we avoid excluding the “bottom of the pyramid” from benefitting from choosing cleaner development paths and we can make the transition cleaner cooking quicker.